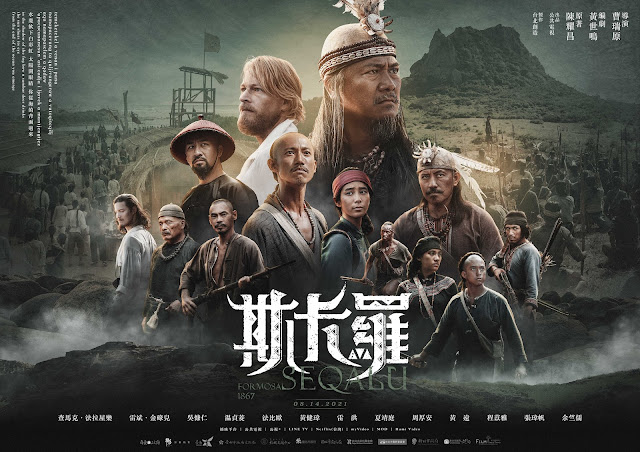 SEQALU: Formosa 1867” is adapted from a historic event with a mixture of historical figures and fictional characters. It brings the audience back to Formosa, Taiwan in the 19th century, and reconstructs the ancient stories and beautiful souls on this island.

On March 12, 1867, the American merchant ship – Rover was shipwrecked at the southern end of Liangkiau, the present Hengchun Peninsula in Taiwan. Survivors who made onshore were beheaded for they broke into the territory of Taiwanese indigenous peoples. This was known as “The Rover Incident”. On June 13, the American Navy sent two military vessels to Liangkiau, and attacked the indigenous community. Inside the uplifted coral reef woods found on this tropical island, the American sailors were unable to locate the enemies. One Lieutenant Commander, who led the troop into the woods was shot and killed. This was a first time that the US initiated an overseas military operation following the American Civil War, and it ended up with a defeat.

Charles W. Le Gendre, American consul at Amoy and Formosa was ordered to conduct investigation on the Rover Incident in Taiwan. There he met Tiap-moe, a mysterious girl who is a mix of the indigenous and Han Taiwanese. The encounter triggered Le Gendre’s curiosity over the island. As a French-born American, Le Gendre spent his whole life searching for his own identity. This experience made him more empathetic to Tiap-moe’s origin.

In Liangkiau, different ethnic groups (including the Paiwan, Amis, Makatao, Seqalu Peoples, Hokkien and Hakka clusters) spread across, making the situation and multilateral relations complicated. Tokitok, Chief of the Liangkiau 18 Community consolidated forces of different ethnic groups with his wisdom and courage to confront western cannons and vessels, as well as armies of the Qing government, so to secure the survival of his community.

The disputes between the Taiwanese indigenous peoples and the foreign power came to an end after Le Gendre and Tokitok signed the first international peace treaty in Taiwan, the Treaty of South Cape. This is the history dated back over 150 years ago. It was rarely known, yet profoundly influential, and further changed the future of Taiwan.